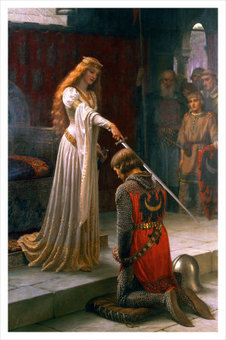 Chivalric - adjective  pertaining to chivalry; chivalrous
Chivalry - noun  1. the ideal qualifications of a knight, including honour, courtesy, generosity, valour, and compassion
2. the customs and institution of medieval knighthood
Ethology - noun  1.  the study of animal behavior with emphasis on the behavioral patterns that occur in natural environments.
2. from Greek: ethos "character"; and -logia "the study of"

In the Middle Ages, the codes of chivalry directed knights in their endeavours to protect the weak and innocent by means of virtues such as mercy, courage, valour and fairness. These same virtues are espoused by Chivalric Ethology in our efforts to improve the welfare, protection and right to happiness of all animals. 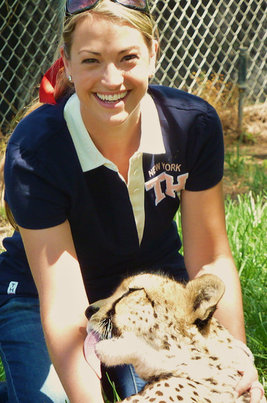 Committed to providing optimal positive welfare for captive and working animals, Penny studies the sensory and cognitive world (umwelt) of species in order to interpret their behaviour, understand their needs and assess and improve their welfare. Zoos and private animal collections invite her to consult with them across a full range of animal behaviour, welfare, training, ethics and enrichment situations. She has worked with a variety of terrestrial and marine mammals and, in her research, specializes in mammalian carnivores.

Zoos also seek her advice in human aspects of the zoo experience such as VIP programs, animal encounters, enclosure design and aesthetics, conservation communication, keeper training workshops and guest relations. With over 10 years experience in 5 star Visitor Attractions, Entertainment, Media and Design, she is well-versed in understanding client and visitor needs and delivering premium service. On a broader scale, she consults on zoo-wide projects including Strategic Planning, Brand Identity and Tailored Volunteer Programs for team leaders and senior management.
Although she works primarily to improve the psychological welfare of captive animals, Penny is a dedicated conservationist and accepts projects focused on endangered species and the welfare of wild populations. Areas of special interest include carnivore reintroductions (re-wilding), Compassionate Conservation and the eradication of wildlife poaching and hunting.
​
Penny started working with animals as a volunteer with the Donkey Sanctuary in Australia and then as a carnivore keeper at the Birmingham Wildlife Conservation Park in England. She graduated with a BA and a BSc in Zoology and Behavioural Neuroscience from the University of Melbourne and undertook an honours project in the welfare of kangaroos in eco-tourism. She has taken further studies in specialist areas including Animal Welfare, Anthrozoology, Wildlife First Aid, Canine Psychology, Positive Reinforcement Training, and Big Cat husbandry training. She has worked with zoos in the US, the UK and Australia and is a professional member of several international animal welfare, ethics, training, and ethological associations.

Her passion for animals was evident from childhood when she would spend hours building trust with stray cats, rescuing injured wildlife, voraciously reading zoological tomes and crying on rainy nights for all the animals getting cold and wet. At five years old, whilst on a school excursion to Melbourne Zoo, Penny witnessed a keeper talk about sea lions and in that moment resolved to work with and for the welfare of animals in captivity. Favourite childhood holidays were spent nature walking and wildlife spotting in the bush or rainforest, or on working farms with dozens of animals to care for. Her early heroes included James Herriot, Penny Patterson and Koko the gorilla, Jane Goodall, and Jacques Cousteau.

Penny currently lives in the UK with her much-adored rescue cat Holly, who flew with her from Australia. 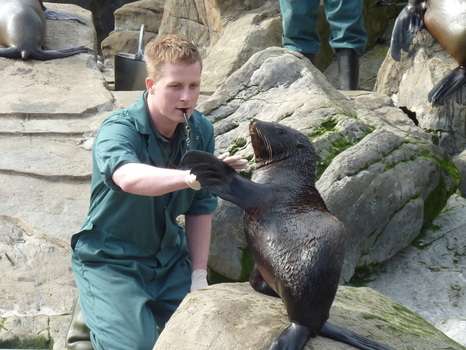 An acclaimed positive reinforcement animal trainer, Mat Richards has been a Falconer for over 25 years and a Professional Animal Trainer for over 15 years.

Mat Richards started his affiliation with animals at the tender age of 10, as a dedicated volunteer at a local wildlife rehabilitation centre rescuing, treating and releasing animals back into their natural habitats. His passion for animals took him on a pathway to Scotland and then Europe before returning to the UK. He has acquired a global network of colleagues and contacts and is a member of key animal behaviour associations, regularly being invited to zoological collections and conferences as a guest and speaker.

Mat specializes in positive reinforcement of parrots, large carnivores and marine mammals. He pioneered the use of operant conditioning with birds of prey, demonstrating that working animals perform better with rewards and trust. He has also worked with a wide variety of exotic species including elephants, giraffe, large and small primates, many bird species, reptiles and even fish!  As an educational presenter within zoos, Mat’s role included liaising with the media and working closely with documentary crews as the key animal handler and trainer.

Mat has trained in marine parks, zoos, research and conservation projects and wildlife parks in Europe, the United States and Canada. He is a strong advocate for conservation, having been closely involved with Ape Action Africa, lemur conservation in Madagascar and Birdlife Malta. A key long-term focus is to globally promote the understanding that a trust-based, positive relationship between animals and people creates more rewarding interactions and is the best way to resolve behavioural issues.

Currently, Mat is a freelance Animal Training Consultant working with zoological collections assisting with training both staff and animals. He also undertakes projects to work one-on-one with pet owners and their animals. In his own time, Mat will be found skydiving, rock climbing, scuba diving, hiking, travelling the world and always outdoors, getting involved with nature as often as possible.

Charlie read Zoology at the University of Sheffield , focusing on evolution, animal behaviour and cognition. She completed a Research Masters in Evolutionary Genetics, investigating the genetic and embryological development of teeth, Ampullae of Lorenzini and tastebuds in the Lesser Spotted Catshark. By using a Chondrichthyan model, insight is gained into early vertebrate sensory organ evolution allowing scientists to explore how the core genetic complex which controls sensory organ development has been adapted in modern vertebrate species.
​
During the summer of 2011, Charlie undertook a three month placement on the Giraffe section at Chester Zoo which ignited her specialized interest in Captive Animal Management. She has worked across several zoological collections and rescue sanctuaries, frequently working with pinnipeds, ungulates and small mammals. She currently works as a Zoo Keeper at Drusillas Park and is studying towards the Management of Zoo and Aquarium Animals Diploma.